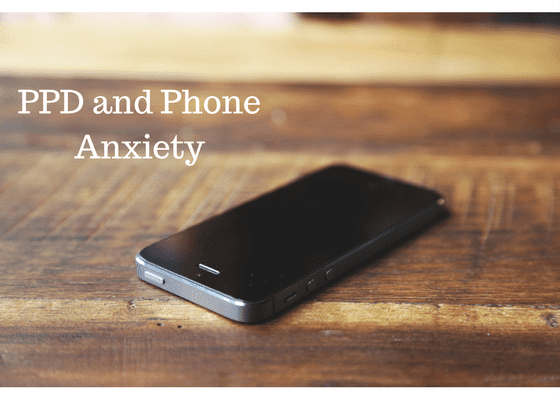 For a few weeks now things have been building up and I had no choice but to consider that PPD might be to blame for at least some of that. Part of the reason I’m having a hard time with that possibility is because on the good days I think “I’m fine, I was just tired”. On bad days I feel like a faker, “you were fine yesterday. Just because you are having one off day doesn’t mean you need to start feeling sorry for yourself”. Lack of sleep is definitely a contributor because the bad days tend to come hand in hand with the bad nights. The other part of it is I don’t necessarily feel down or like I can’t enjoy things. I mostly just get angry and have a short fuse and I feel like everything in the world is out to get me. Sort of like the sneaky hate spiral over and over. After a couple weeks of snapping at the world, Husband cautiously approached me and said he thinks I should talk to someone. He even went ahead and found out all the information about the Employee Assistance Program that has some coverage to get things started.

I also have phone anxiety (this is not baby related. I’ve always had it). The idea of speaking to strangers on the phone is terrifying. I need to work myself up to it – sometimes for days (This is the reason I have’t been to the dentist in 2 years, I keep putting off that phone call). I need to prepare myself for what I will say. It took almost a week but finally on Sunday, when Husband was home to wrangle the kids I called to find out what resources they had for me. I went into our bedroom to call during Lulu’s nap time. Overall it was a pretty short call. After telling them why I’m calling, the guy I spoke to asked if I had thoughts of self-harm (I don’t) and then he let me know that they have counsellors available on the phone 24/7 – an option I do not relish – and they have a list of counsellors in my area that I could go see. He gave me the info for them and that was that for now. I have five more phone numbers giving me anxiety since I don’t know what to say or ask when choosing who to make an appointment with.

Of course during the fairly short phone call, Booboo managed to fall and started screaming her head off. Then a few minutes later Lulu (likely woken up by baby) burst into the room I was in, yelling and crying. I was happy to end the call before more disasters pull me away. When I finally hung up the phone and walked in the living room Husband asked “That was it? didn’t they tell you that you can speak with someone on the phone right away?” and I said yes. He then asked me “So why didn’t you?”

Want to read more on my struggle with PPD? I did get help. Check out this post that goes into much more detail.