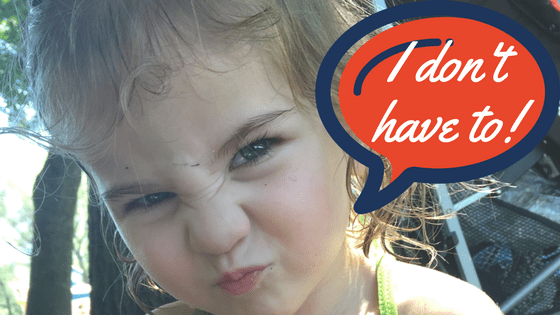 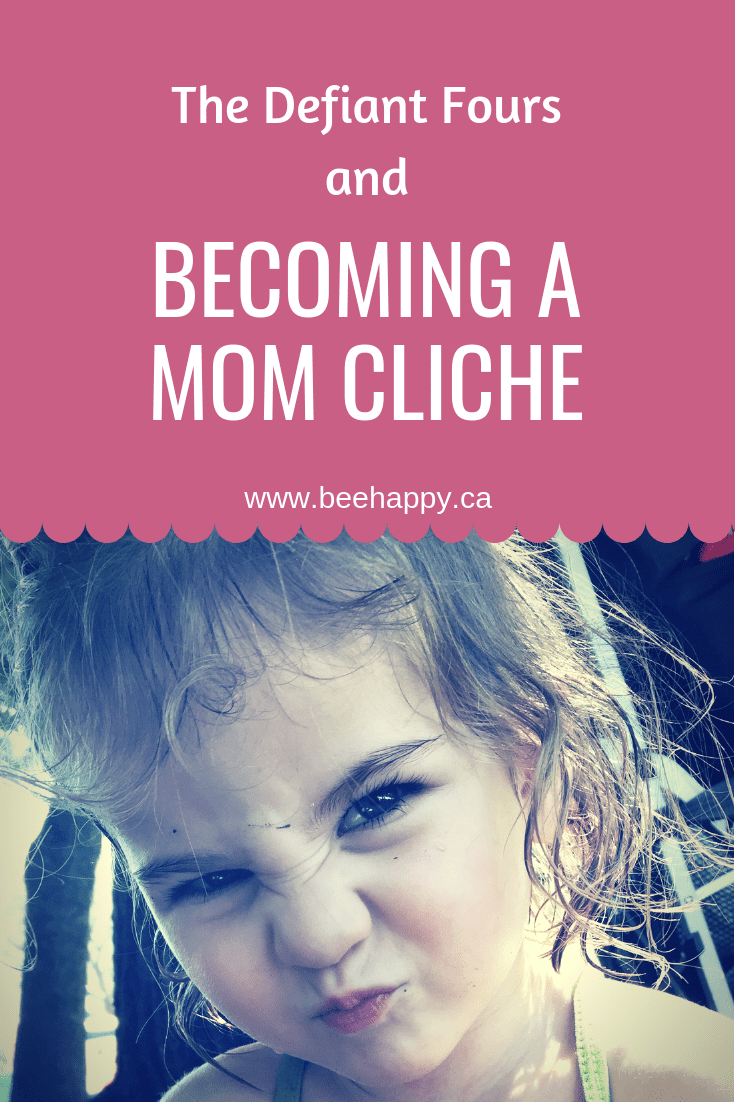 Ever since Lulu got to The Defiant Fours I’m finding that she pushes my buttons in entirely new ways. I’m also finding myself becoming a mom cliche, and not in a good way. I continue to be amazed by her every day. She’s thoughtful and sweet and, for the most part, pretty reasonable for her age. She is also clever and curious and experimental and independent. These are not bad qualities. In fact I want to encourage them as much as I can. I want her to grow up with that amazing combination of curiosity and a thirst for knowledge. I want her to ask questions and try to find answers – even if it isn’t easy. We try to encourage her to solve her own problems, discuss solutions and come up with ideas. To stand up for herself when needed. I’m glad that it’s working. But it’s also kicking my butt.

I heard once that there is no age that’s “most difficult” for a parent. That it depends on each parent based on what types of challenges bring up their own inner most conflicts and push the deepest seeded buttons. If that is true, I believe that I have reached that stage with Lulu. Not only does she push my buttons, but I hate the way I’ve been feeling and reacting to her behaviour.

I find myself feeling like a housewife stereotype. A caricature from sitcoms like ‘Everybody Loves Raymond’ and ‘Married With Children’.

I find every new stage of our relationship to be very challenging. At age 2, when temper tantrums became physically violent and testing behaviour escalated, I found myself struggling. At age 3, when the three-nager combined with terrible-threes appeared, complete with eyerolls and arguments, I struggled then too (though often I found it funny). Now that she’s 4, I am struggling once again. Except this time I am feeling like some of the issues that are coming up are my own. My own feelings of inadequacy that I need to work on.

Today was a pretty typical day. Lulu wasn’t particularly destructive or ill-behaved. When we got home from her art class, she declared that she will not throw her garbage away because “I don’t feel like it” and “If I don’t want to do something I don’t have to”. When I asked what she thinks about all of us following that rule she declared that “mommy still has to do her jobs even if she doesn’t want to”. This isn’t the first time this kind of thing was said. Just this past weekend, during another conversation about her “jobs” she mused about how daddy should be the one to do her jobs for her because “mommy already has too many jobs at home”.

These are the occurrences, where she appears to see how hard I work at home but at the same time doesn’t appreciate it, that I find very hurtful. That and general insolence, refusing to follow many of our normal family rules, again saying “I don’t have to if I don’t want to” or “No that’s not the rule. I will tell you the rule”. I know that she’s only 4 and her opinions are fleeting. She is actually a very helpful kid and generally loves to help out. I try hard to remember that this is likely a manifestation of her figuring out her place in the family as well as typical human nature balking at being told what to do. Plus with every new stage of development she needs to learn proper social interactions. She’s also starting to get to the age where she has to learn the hard lessons that people don’t always get to do what they want and that sometimes we all have to do work even if it isn’t fun.

I remember being annoyed by these same phrases when I was a kid. I remember my parents telling me that work isn’t always fun but you still have to do it. That you can’t just do what you want all the time. I guess in a way that’s a very real part of growing up. I disliked being on the receiving end of these conversations. Now, I dislike being the mom on the giving end of the conversation even more.

It definitely helps at times to know that I am not alone in dealing with the Defiant Fours. When I read This is Four by another expat mama, it sounded all too familiar. I guess these things become cliches for a reason.

Becoming a mom cliche, in the worst way

No matter how much I try to remember that all of this is typical four year old stuff, it bothers me when it happens. I feel powerless and stuck. I feel like I am taken for granted. I feel like such a cliche when I tell my family “I am not a maid” when they don’t pick up after themselves. When I was making dinner tonight I actually thought “I’ll stop doing all the things I do for her and see how she likes it then” and immediately thought “I’m sure every lame family sitcom has an episode where the mom goes on strike to teach the kids a lesson”. Sigh. I loathe becoming this particular cliche of an unappreciated mother and housewife who has to go to extreme lengths just to get her family to give her a little bit of respect.

In the worst times I resent her making me into a mom cliche, and nagging housewife.

I suspect some of the reasons have to do with my lingering feelings of not always planning to become a stay at home mom. It can be hard to feel appreciated at “work” when the people you work so hard to raise literally tell you they don’t care. Even if they are only 4. Maybe I deluded myself into thinking that I will raise respectful and considerate kids, that they will always respect and consider me.

But the biggest reason this bothers me so is knowing that she’s absolutely right. No matter how much I plead or punish, if she decides not to do something, I can’t make her. But I still have to take care of her and do my job and pick up after everyone. As a parent I work hard to try to avoid power struggles with the kids, to lead by example. This particular “I do what I want” stage has blindsided me. If I’m going to get through this age I will definitely need to have a long hard look at myself. At why I immediately cast myself in the role of resentful family martyr. That is not the mom and wife I want to be. I need to find a way to remind myself that it isn’t personal. I am not a victim. She isn’t doing it “to me”. She’s just figuring things out. We need to find a way to figure it out together.

And I am learning enjoy the victories along the way of conquering the tired mom cliche begging for respect and feeling like a super mom instead.

Want to learn more about dealing with the defiant fours in a respectful and loving way? Check out this podcast from Janet Lansbury where she answers a question about age 4.