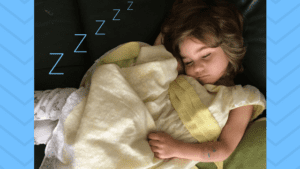 Kids are notorious for not wanting to admit when they are tired. I have met the occasional mom who claims to have a unicorn child who says “I need to go to bed” when they are tired and go to sleep with no arguments. But I bet that’s pretty rare. I remember when I was a kid I hated going to sleep. I have memories of being annoyed that I had to nap in kindergarten. In former Soviet Union most kids had nap time until 5 or even 6 years old. The teachers would get mad at the kids who weren’t sleeping. There were a few times when I would say I had a tummy ache just so they would leave me alone and stop telling to stop rolling around and go to sleep. I remember chatting with my friend and being told to stop talking. I was told to stop talking quite often actually when I was a child. END_OF_DOCUMENT_TOKEN_TO_BE_REPLACED