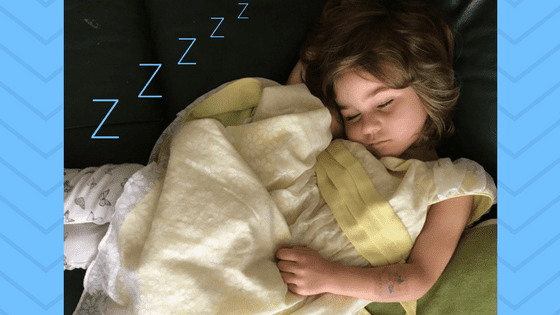 Kids are notorious for not wanting to admit when they are tired. I have met the occasional mom who claims to have a unicorn child who says “I need to go to bed” when they are tired and go to sleep with no arguments. But I bet that’s pretty rare. I remember when I was a kid I hated going to sleep. I have memories of being annoyed that I had to nap in kindergarten. In former Soviet Union most kids had nap time until 5 or even 6 years old. The teachers would get mad at the kids who weren’t sleeping. There were a few times when I would say I had a tummy ache just so they would leave me alone and stop telling to stop rolling around and go to sleep. I remember chatting with my friend and being told to stop talking. I was told to stop talking quite often actually when I was a child.
I guess I did end up napping the majority of the times, eventually. But I would never admit that I wanted to sleep. I remember one time, when I was a little older, we were visiting my cousins (who were older than me) and the kids all stayed up late for some reason. I was falling asleep on the sofa in the living room but I refused to go to bed. Multiple times I drifted off and my cousins woke me saying “go to bed, you’re falling asleep” and I insisted that I wasn’t sleeping and that they’re crazy. I just didn’t want to miss out on anything.

Fast forward to now, Lulu seems to follow suit. She doesn’t like going to bed because it means she has to stop playing or doing what she’s doing. She will never admit that she is tired or needs to sleep. Sometimes she won’t even admit that she did sleep. The more we insist that she needs sleep the more she will fight it. Husband doesn’t always seem to remember and he will tell her “I can see you’re tired. Why don’t you take a nap?”. There is no faster way to guarantee that a nap is not in our future. Any attempt to point out her natural need for sleep is seen as goading, a challenge to stay awake. Sometimes it results in hilarious interactions.

Not too long ago, Lulu missed a nap. She played in her room for the entire time and came out when nap time was done saying she “is done napping”. A couple hours later I put on Finding Dory for her to watch while I was making dinner. She fell asleep on the sofa almost at the beginning of the movie. When dinner was ready and the movie was coming to an end I went to wake her up and turn it off. She started getting upset and yelling (she often wakes up grumpy and disoriented if she crashes like that from being over tired)
“I missed the movie! I missed the movie! Turn it back on!”
“It’s ok. You just fell asleep while watching it. It happens”
“No! I wasn’t sleeping!”
“You weren’t? Then how come you missed the movie?”
“I was sitting on the couch the other way” (she pointed that she was facing the back wall)
“Oh yeah? This whole time instead of watching the TV you were sitting that way? And not sleeping? Then what were you doing?”
“I.. I.. I was looking at the wall”

Let that sink in. This kid would rather admit that she was staring at the wall for an hour for no reason than to say she fell asleep.