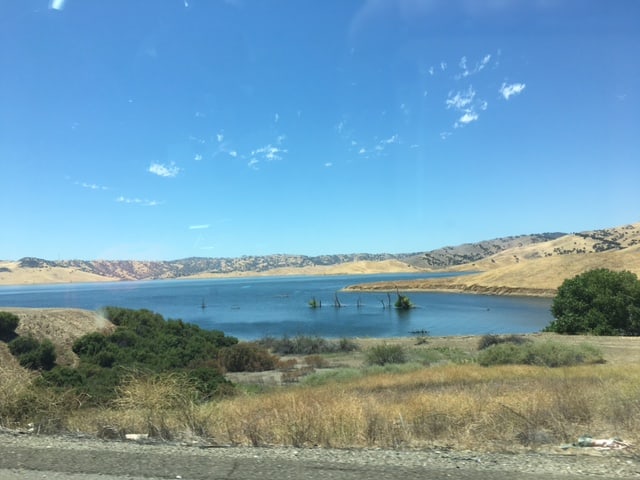 We’re back from our Southern California family road trip. We got to see Disneyland for the first time, Hollywood and a little of LA (and a LOT of infamous LA traffic) and San Diego.

Driving so much got hectic at times but also a lot of fun. The kids did surprisingly well in the car for the many hours of driving. The last couple hours of the drive home got pretty hairy but everyone survived. I think there is something magical about the family being stuck in the car together for hours and hours with nothing to do but look out the window and talk with each other. It can be stressful but it can also be a wonderful bonding opportunity. This is how we survived a road trip with kids.

I made sure that we had the ipad with a full battery and extra charging cable. Netflix shows offline and fruit ninja preloaded. I tried to avoid using it on the trip because I have really fond memories of being in the car for a long time with my parents and brother when I was a kid, despite how long the car drives seemed to me at the time. I want my kids to have these fond memories too instead of passing the ride in a haze of the ipad or movies. But at times we had to use it to keep our sanity.

On the drive we listened to some kids’ audio stories. Lulu is a big fan of the Martin and Sylvia series from Sparkle Stories. Unlike screens, listening to stories is good for kids and adults. I like listening to audiobooks myself because it’s like having someone read or tell me a story. I remember when I was a kid, maybe about 10, I had a teacher who actually encouraged us to doodle if we wanted to when she read out loud to us from a book. Most teachers would have never been ok with that, they wanted the kids to “pay attention” which meant not doing anything else. But this teach said that having a busy activity for our hands can help us calm down and actually listen to the reading rather than get all fidgety. Hearing her say that was really liberating. Now I wasn’t misbehaving, I was doing something productive. I doodled a lot in school. As a mom, I’m a big fan of audiobooks now. This is the only way I get to “read”. I listen to them in the car and when I’m doing house work. They actually make me look forward to cleaning the kitchen or cook because I can listen to a story while doing that. I still remember that teacher whenever I do listen to books while my hands are doing busywork.

Aside from Martin and Sylvia stories we also listened to the Hamilton soundtrack, which Lulu loves too. She doesn’t understand it, but loves it nonetheless.

Road trip games for the family

Anyway, back to the family road trip. We got to drive through the desert which is beautiful but really monotonous. It reminded me a lot of when I was a kid in Israel, driving to the Dead Sea or to Eilat. You get to drive through the Negev desert, pinkish-orangish mountains in the background and every once in a while you pass a farm or a kibbutz or a tree orchard.

It took us about 7 hours to get to Anaheim and another almost 6 hours to get to San Diego from LA a few days after that (3 of those hours were just to get out of LA. I don’t know how the people who live there deal with this traffic). On the last day it took us a whole 10 hours on the road to make the trip home. That’s a lot of desert out the window.

We played I spy  with Lulu and the Rainbow game – similar to I Spy, the idea is you find different coloured things out your window in the order of the rainbow and when you’ve completed a rainbow, you start again and see how many rainbows you can get.

In one section of the drive home, Husband and I spent about 30 minutes trying to figure out what produce was loaded on the trucks we kept passing. They mostly looked like tomatoes but we were not sure if tomatoes had the structural integrity to be loaded up in a truck like that. It is tomato season it seems. It’s also garlic season. We found out that when you drive through Gilroy, which is known for its garlic around here, the smell of garlic is in the air. That was a pleasant surprise.

The conversations we had with Lulu were my favourite. I love how her almost 4 year old brain works. At first we kept pointing things out that she could look at “Look over there, there are cows!” “Oh look on the right, there’s water, do you think that’s a lake?” “Look at these mountains over there, they look pink” and so on until a couple hours into the drive she says to me “Mommy! Why do you keep telling me to look at things all the time?” with her cross face (fun fact: She calls it her “cross face” because when we watch Thomas and Friends, Sir Topham Hatt is often said to be “very cross” when he’s mad).

At one point we were stuck in traffic and getting agitated. Lulu’s explanation of traffic was “It makes the road worse when there’s traffic and you get frustrated and then you stay frustrated until you get there”

At another point a driver cut me off and I exclaimed “hey dude!”
Lulu says “Mommy that’s rude”
“What’s rude?”
“People don’t like to be called dude. You should say hey and then whatever their name is”
She went on to talk about how then you can ask them for their address and go over to their house for a playdate.

Something else I like to do is make up songs about the things I see. Lulu loves these songs too. I’ll leave you guys with the song I made up driving through the desert. It’s to the tune of “Chapel of Love” by the Beach Boys: 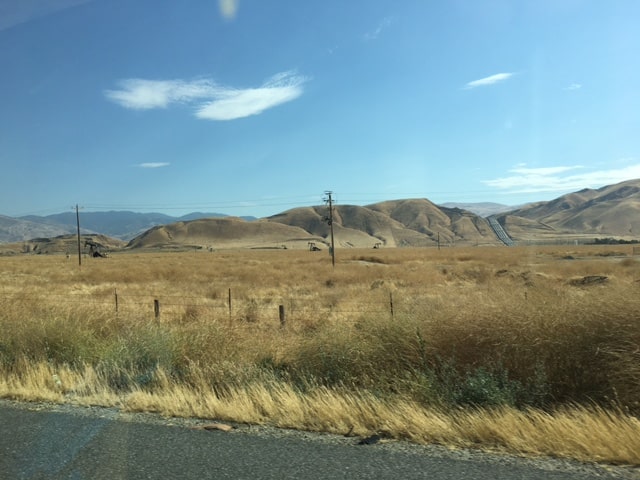