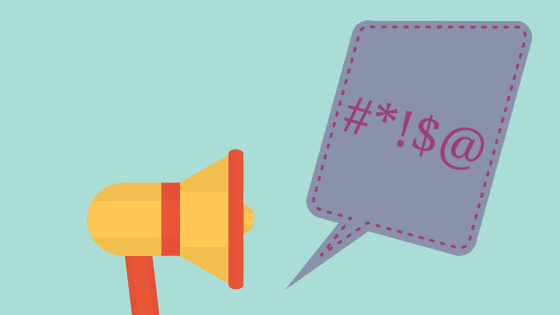 There is a Soviet comedy called “The Diamond Arm” (a quick google check says it was released in 1969) which my parents watched a few times in my childhood. I guess since this movie is actually from their own childhoods, it was a feel-good nostalgic movie to watch.
From what I can remember (which isn’t much) it’s about a band of thieves who try to smuggles jewels using a cast on someone’s arm. They Accidentally end up putting the cast on an unsuspecting citizen instead of a fellow thief. The rest of the movie is about how these thieves are trying to get this guy’s cast without being outed and how this regular Joe is correcting and teaching the thieves how to behave and speak properly. This is the part that I always remember best from the movie. They kept calling each other “Radish” (ridiska) as an insult and at one point Joe Regular corrected them that instead of the slang “radish” they should say “bad person”.
Child me thought this was hilarious! I’m not sure if it was the idea of grown men using a vegetable as a terrible insult or because of the simple explanation that this means “bad person”. When I was 8-9 year old I adopted that insult around my family. The more I did it, the funnier it was. After a while my parents were not impressed. I guess they were waiting for the phase to pass but it wasn’t going away and my dad was getting more and more irritated. I didn’t understand why a word that was so silly to me would have so much power to offend my dad.

Eventually my mom explained that despite what I had learned in the movie, the insult “radish” didn’t just mean “bad person”. It actually meant “traitor”. Because a radish is red on the outside and white on the inside and during WW2, the Soviets were the “Reds” (duh) and the Germans were the “whites”. So if you were a traitor or a spy working for the Germans but pretending to side with the Soviets, then you were white on the inside and red on the outside, like a Radish. Interesting. I vaguely remember kids playing reds vs. whites as a young child in USSR (instead of cowboys and Indians).

That’s the thing about words, isn’t it. Words can hold a lot of power. The power to uplift and the power to offend. Often it doesn’t matter what the word means to you, the speaker. The power of the word comes from what it means to the hearer. To my father, whose family had suffered real losses during WW2 (my grandfather was 18 when he fought as a soldier in the soviet army. My grandfather’s brother was shot dead by a German soldier and my grandfather was injured by a shot and had shrapnel in his leg and a limp for the rest of his life) the word “Ridiska” was a reminder of this. To me it was just a funny meaningless insult. Between the generational gap and the cultural gap of growing up in a different country the meaning of that insult faded.

Years later the tables turned. I was reminded of this when my dad and I had a discussion about English swear words. For years living in Canada my dad would use the word “Fuck” as a joke because he thought it sounded funny. No one in my family swears much at all (in any language. I don’t even know Russian profanity) but once in a while my dad would use this word almost experimentally, almost like he was trying it out. Like a child who just discovered the power of a new bad word, he was fascinated by how this word had the power to make people stop and turn. Obviously, unlike a child, he knew that this was a bad word. But knowing it in your head and actually feeling it are two different things. He would say “I know you guys think it’s this terrible swear word. But to me it’s just a funny word, I don’t think of it as a swear word. This isn’t one of the ‘bad’ words I grew up with”.

I think maybe this is the reason people all over the world are fascinated with learning swear words in another language. I don’t know how many times I’ve come across people who knew all the Russian bad words and nothing else. I’ve heard people ask specifically how to swear in another language and then rush off to use these words with a friend. Using bad words in another language can feel very empowering. It’s like wielding a weapon that you are immune to – you see its effects on the people around you but you don’t feel them for yourself.