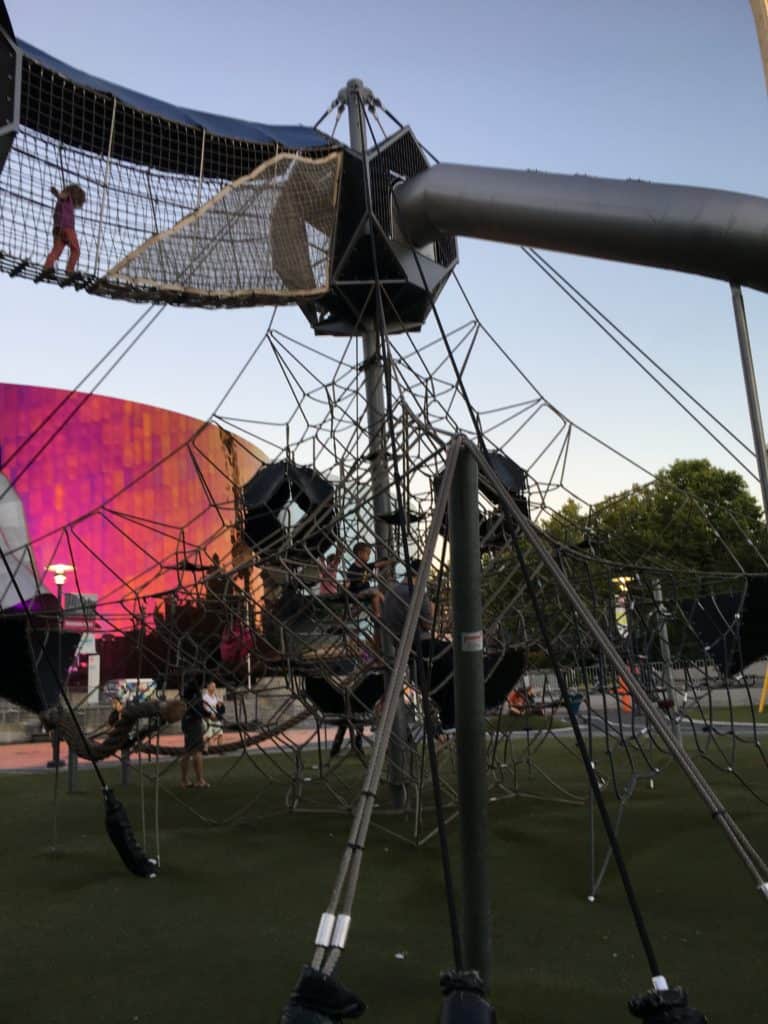 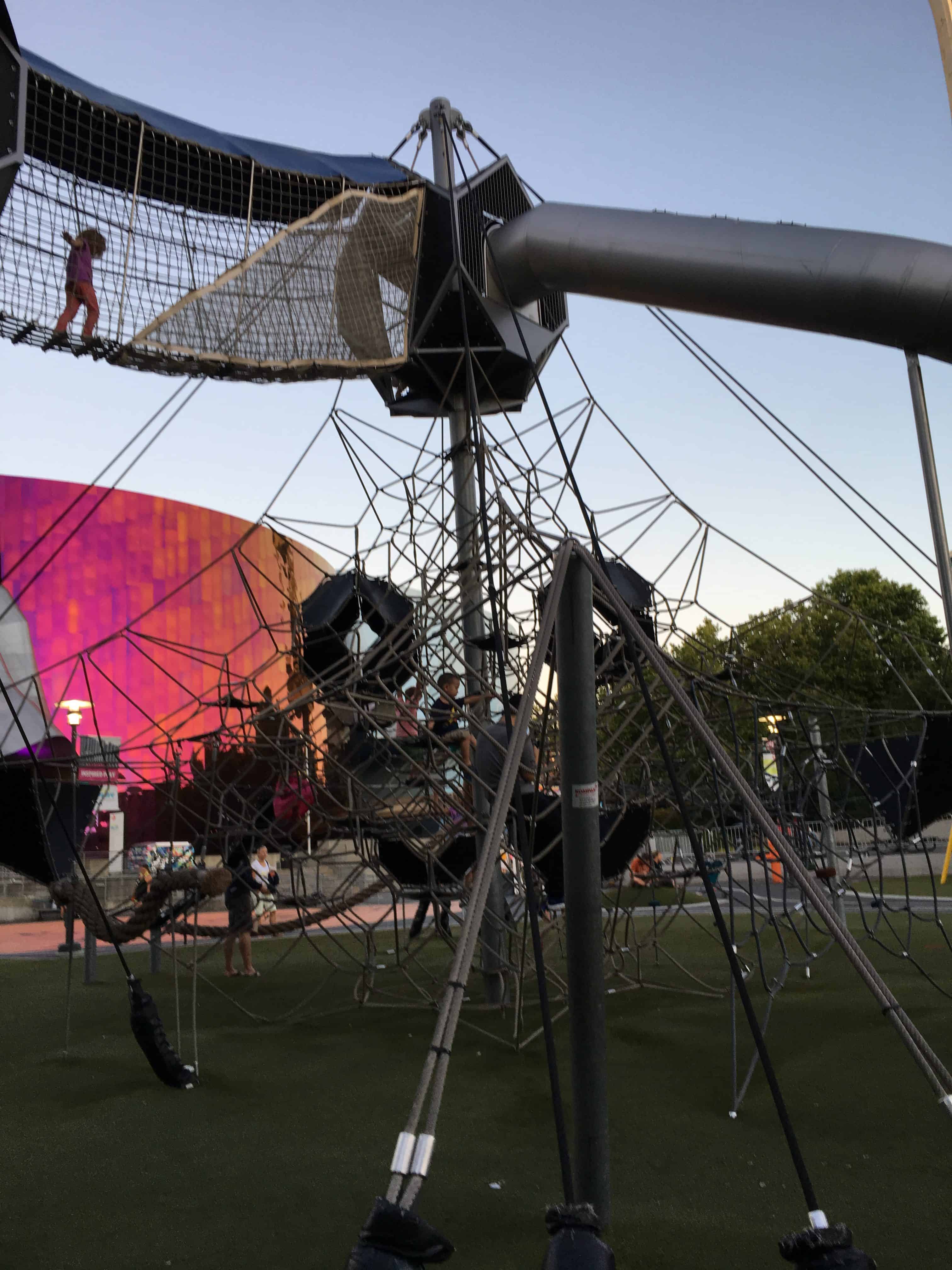 It’s 2:30pm. I’m lying on a hotel bed in my jeans with my eyes closed while 4 little legs and 4 little arms are climbing all over me. I hear laughter and loud squeals. Every so often it’s hard to tell if the sounds are those of happiness or distress so I half open one eye to make sure everyone is still alive. I see them smiling and I smile back. My kids take this gesture to mean I want to play and double down on the climbing and jabbing me while I try to get some rest.

We’re currently in Seattle on vacation. Husband is here for work and the kids and I tagged along because I’ve never been. The hotel is walking distance to Seattle Centre and the Space Needle. Yesterday morning we watched the solar eclipse. Not quite totality but it sure was surreal. The day got dark like it does before a big thunderstorm when the sky is covered in angry purple and dark green clouds. Except there wasn’t a cloud to be seen anywhere. Dark day and a bright blue sky is a strange combination. Looking at the sliver of sun through the really dark eclipse glasses seemed like looking at a new moon.

We didn’t have much of an agenda so we’re spending the days wandering around. After the solar eclipse I walked to Seattle Center with baby strapped to my back and whiny 4 year old in the stroller, complaining that sitting in the stroller is boring. Once we made it there it was pretty cool. We sat on the grass eating hotdogs for lunch. Then Lulu climbed to the top of a huge play structure. Higher than she’s ever been. It was a kind of structure that made it very hard to change your mind and turn back. Once she passed the point of no return she was on her own. I was too far to help and wouldn’t have been able to climb in even if I wanted to.

I saw her hesitate a couple times but she kept going. A girl who looked about 7 years old was patiently climbing behind Lulu. She encouraged her to keep going when Lulu hesitated. When they got to the very top there were two rope bridges to two different huge slides. I barely heard the older girl explain to Lulu which bridge goes to the twisty slide and which goes to the straight one (the one Lulu wanted). She was so patient with Lulu, she told a couple older boys to go past while she was explaining. Then they slowly made their way to the slide she wanted and I heard her voice echo down the pipe encouraging Lulu to go. Where in the past Lulu has balked at enclosed slides and crowded structures, this time she came down the slide happy and proud. The older girl disappeared in the blink of an eye. I wish I could tell her thanks. It warmed my heart to see kids watching out for one another.

Of course the next time Lulu went up the same structure there was an older girl behind almost twice her size, following practically on her heels, rushing and crowding her. She pushed past Lulu on the narrow bridge to go down the slide first. I wanted to go tell that girl off. I guess both Lulu and I have to learn that there are all kinds in the urban jungle gym.

Enjoy this post? Check out my other post from Seattle where wandering a strange city with two kids made me discover the supermom within.